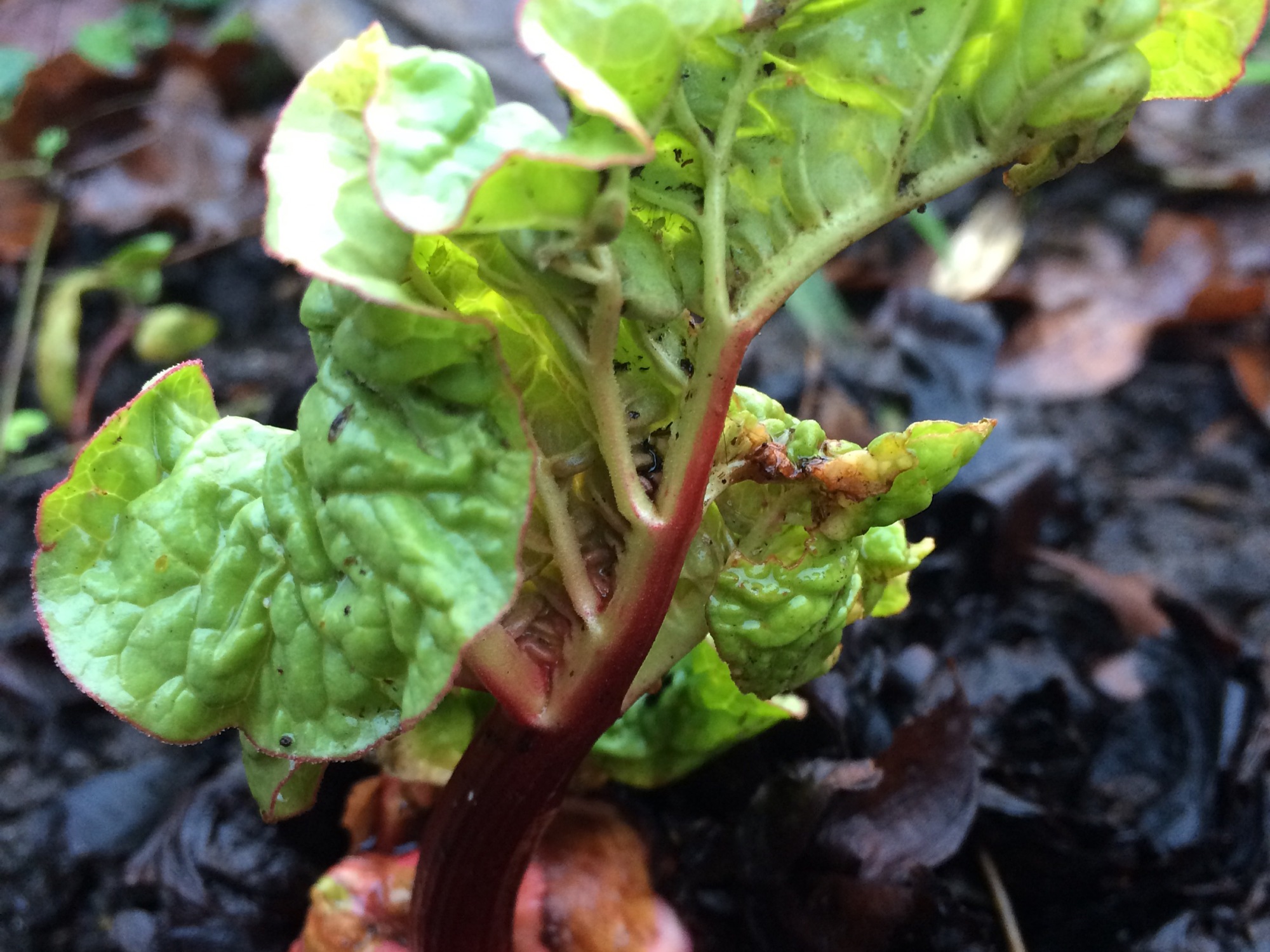 You can sense it in the light skies at 5pm and in the new birdsong before you get out of bed. It may not be anywhere near warm enough to feel like spring – the wind is bitterly cold – but the difference in the amount of daylight we get now, in the second week of February, to a month ago is inescapable.

This is an exciting time for anyone nurturing seedlings – they thrive on light as much as warmth. But it also means that time is running out to complete essential winter maintenance before things running away with themselves at the start of March.

There is also the weather to battle with: Storm Imogen, which affected the UK at the start of this week, was particularly cruel in the south. I went to Plot 35a once the wind had died down on Wednesday and one low polythene-covered cold frame had been blown away entirely – I found it at the other end of the site, the cover ripped to pieces, although the frame was still in tact. Thankfully there was nothing growing under there yet – I was just warming the soil for some lettuces.

My 4-tier mini greenhouse had blown over but at least had not gone from the plot entirely because it was still tethered on one side to the playhouse with string. Again, there was nothing inside – perhaps if there had been shelves with seedlings its weight would have made it less vulnerable. When I found it it was eerily lit by the low sunlight, making it glow. It had toppled onto the onion bed, but when I moved it there was little sign of damage. It could have been much worse.

Nature has a way of telling us something, and I realised that this greenhouse has been in the wrong spot – there wasn’t much room to stand in front of it, and it was blocking one window of the playhouse. I moved the greenhouse to another spot (not less windy, just different) and now I have a bright, warm bed next to the playhouse that is full of possibilities.

I might grow some sweet peas up a makeshift trellis here.

Back in October I sowed some broad beans and peas for overwintering in a cold frame. They shot into growth because it did not get cold until mid-January, and this means that all that soft, leggy growth is particularly vulnerable to frost. Overwintering seedlings do not need too much water or else they will rot, but fluctuating temperatures mean they can also dry out quickly, so keep an eye on them. These will be planted out in March, when there is more consistent warmth.

Soft fruit like redcurrants, blackcurrants, gooseberries and raspberries need to be pruned before new growth starts next month. Prune branches of redcurrants and gooseberries by a third, as well as cutting out any broken, diseased or crossing branches. You can replant redcurrant prunings into the soil now to create new bushes – although they will take a couple of seasons to grow fruit. Similarly, apples, pears and quinces should be pruned in  winter – I’ve bought some new apple and pear trees this year so I will address this in a separate post. You must not prune anything from the Prunus genus in the autumn or winter – the way I remember this is to call them “Don’t Prune Us” – including cherries, plums, greengages, peaches, apricots and nectarines – because of the risk of silver leaf disease. Each fruit follows its own pruning regime, but hold off on the secateurs until early June.

Raspberries need to be dealt with before the end of February. For summer fruiting varieties, the branches that carried fruit last season should be cut down to the ground – I did this in November. The new growth should be left as these will hold raspberries this summer – this growth is known as “floricane”.  My summer raspberry bed was very weedy and the soil level quite low, so I weeded carefully – so as not to disrupt the shallow roots – and added a 2 inch layer of composted manure.

Autumn raspberries need to be treated differently. I weeded and mulched my bed first, and then cut every cane down to soil level – this is because autumn raspberries are “primocane”, meaning they fruit on branches grown in the same season. Putting composted manure on both types of raspberries should mean they fruit well.

Next, strawberries. I grow mine in pots – partly to save on space but also because it is easier to keep the slugs off. You should tidy up and remove dead leaves from strawberries in autumn so they don’t harbour disease, but more leaves may have died off by now so they need to be removed. Strawberries, particularly those in pots, will respond well to plenty of compost or rotted manure around the plants to rejuvenate them. They will also have grown new runners – mine had some shooting off across paths into the quince bed – so cut these runners off and replant them in a new pot or part of the bed to enjoy your free plants.

As well as the apples and pears (see above), I bought my first nectarine to grow in a very sunny and warm spot at the back of my daughter’s playhouse. As it is a Prunus species, it must not be pruned in winter. I will train its lateral branches sideways in a few weeks and prune it in June, when the first tiny fruits should be appearing. It will then be pruned again after fruiting.

Rhubarb is one of the best things about late winter – the bubblegum pink forced rhubarb from Yorkshire is delicious. I haven’t forced any of my plants this year because they are all relatively new, so I want to give them a chance to establish before forcing, which puts them under strain. The new shoots can be protected from frost with straw or a decent mulch of compost. The first sticks should be ready, under normal conditions, in March.

Another perennial, asparagus, needs to be nurtured into spring too: I fluffed up my two asparagus beds with a 2 inch layer of well rotted manure, after doing some delicate precision weeding. This year I hope to pick my first spears – I planted the crowns in 2013. I hope it will have been worth the wait. Next to one of the asparagus beds I have put an old drawer from a chest of drawers we were throwing out. This one is about a foot deep and I have filled it with soil to sow carrots next month.

Even though it is tempting to clear away everything that is dead or is a relic from last season, some things are worth keeping until they are overtaken by new growth: this Sedum telephium ‘Autumn Joy’ has green leaves and bright pink flowers in late summer to autumn, which turn into these deep auburn seed heads that look stunning in the low winter sun. This is basically a cafe for insects and birds, so I will leave this as it is for as long as possible until the new shoots and leaves take over.