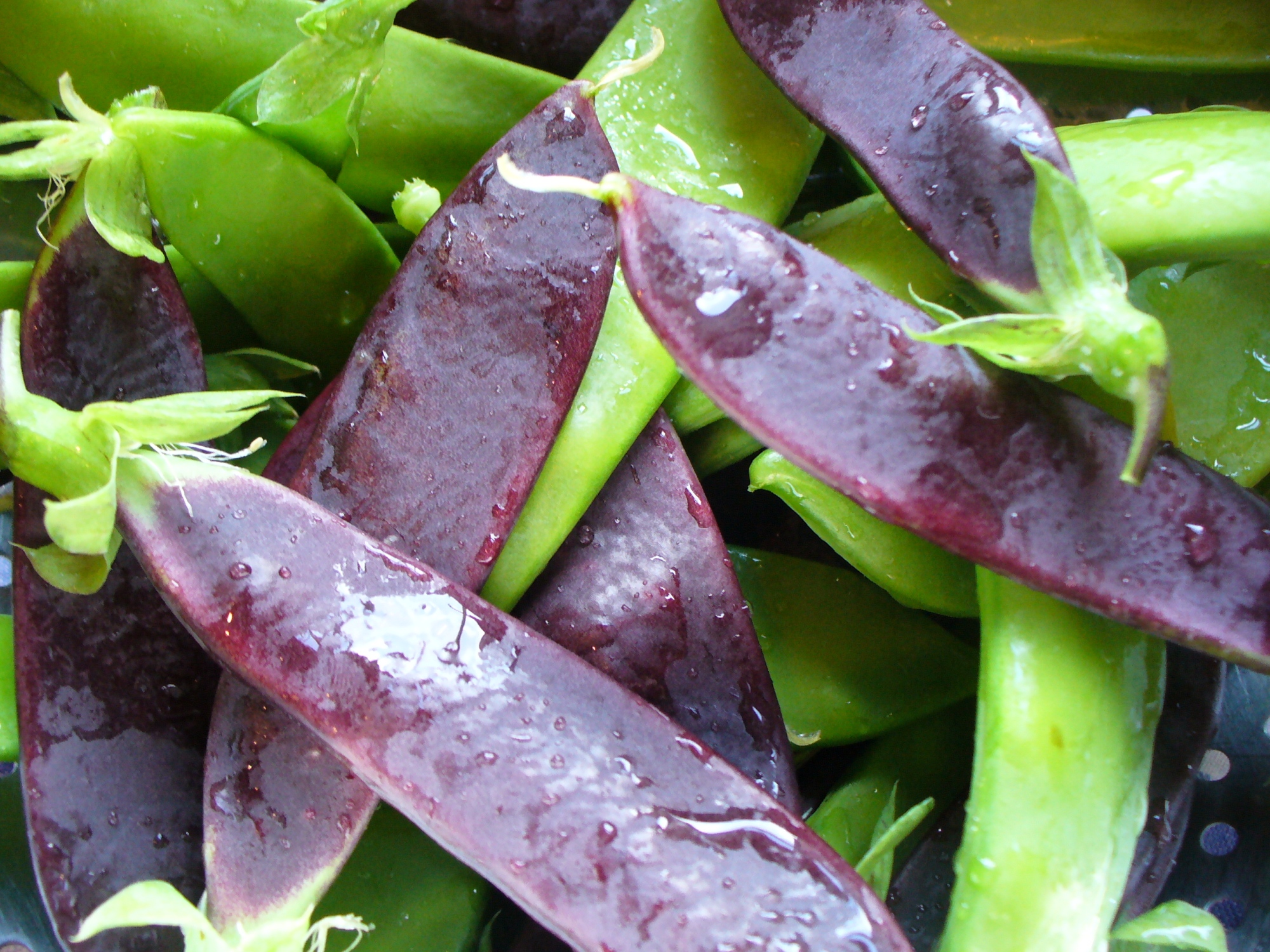 There are some vegetables that are good to grow yourself because it is cheaper than buying them at the shops – like asparagus, artichokes, redcurrants and rhubarb. But there are others that don’t make much economic sense because they are so cheap, like peas and carrots. Instead, they are grown for flavour and variety, which are superior to shop-bought veg.

I grow peas every year and I never produce as many as I could buy frozen in a bag, but I love the soft lush growth in May and June, and purple pods standing out against the green. Peas taste incredibly sweet eaten straight from the pod. If you forget the fact that you’re not saving money, it is totally worth it.

As with most years, I am starting my peas off in root-trainers, which encourage the growth of strong and long roots before they are ready to be planted out. In early spring, it is also better to grow them in modules because the open ground will still be too cold for the seeds to be sown direct – like most seeds, peas need a soil temperature of at least 7C to germinate. Growing them undercover will also keep them safe from mice and squirrels.

I got my daughter interested by asking her to write the labels, and she practised her spelling – I had to tell her some of the trickier names. We sowed 12 varieties of podding pea and two each of mangetout and sugar snap. The seeds were pushed about 2cm below the surface of the compost, two seeds per module, making eight seeds of each variety per row in the root-trainer. As it still early March, I put the root-trainers in the small wooden greenhouse to keep them warm. If all seeds of the 16 varieties germinate, this will make 128 plants, which sounds like a lot but as they are mostly climbing it is easy to squeeze a lot into an allotment bed.

Here are the 16 varieties we’ve sown:

‘Feltham First’ – one of the earliest varieties, can be sown in the autumn or in February and March, produces bushy vines.

‘Meteor’ – a first early dwarf variety that can be sown in autumn as well as spring.

‘Purple Podded’ – can be eaten whole as mangetout or left to mature for podding, has beautiful mauve flowers before the pods develop.

‘Maro’ – the pea that can be dried and used for mushy peas.

After about six to eight weeks, the peas should have grown substantial long roots and shoots, as in the picture above. The strong growth should make them more resistant to being eaten by slugs, although not totally immune, so I will use nematodes and/or organic slug pellets to keep them at bay.

Last year I made a pea harp, which was an A-frame bamboo structure with string woven between the top and bottom canes. This worked well, although was a bit cumbersome to put together.

Peas sown in March should be ready to harvest from late May to early June. Keep picking peas to encourage more podding. If you want to extend the season further, make successional sowings into April and May.

5 thoughts on “Minding our queues of peas”